How we built the Figma design team 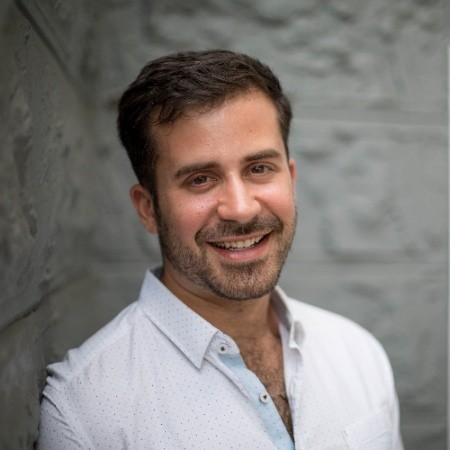 Note: This article was written a while ago, and as a fast moving company our team has continued to grow and evolve. To get to know our latest team members, visit this file on the Figma Community.

Just under a year ago, we only had one full-time core product designer and a few of us chipping in part-time toward feature work. It was tough to keep up with all the engineers, and we knew we had to hire fast to maintain high quality designs. But we also wanted to make sure it was done thoughtfully. Each person you add to a small team has a major effect in how you work — if you’re rowing on a small boat you notice each individual rower much more than you would if you were on a cruise ship.

Fast-forward a year. We now have a team of eight designers, a more seasoned and established culture with collaborative critiques, and clearer objectives and areas of ownership. We’re still new as a group and there’s a lot to improve, but we’re proud to have the foundations in place to build the future of design tools together.

At Figma, we believe design is best done in the open. After taking some time to ensure a transparent culture internally, we realized we wanted to share our methods with the broader design community. To put our money where our mouth is, we thought this would be a fun opportunity to provide an inside look into how we built our team.

When we first started interviewing designers, we suffered from unclear role expectations, inconsistencies in our interview questions and unfocused debates about candidates. There was a lot of room to improve, but as an early start up, we were all so busy wearing different hats that slowing down to rethink this process felt like a bit of a hurdle initially.

Fortunately, Niko attended a wonderful and timely talk by Joel Califa on building design teams, which gave us a new tool to guide our process thoughtfully. As Joel explained, it takes place with three phases:

Following this guide, we independently wrote up what we wanted out of our next team member, then started merging and consolidating that list in Figma to build consensus. It looked something like this:

It’s very rare to find designers who can do absolutely everything, and this process helped us focus on what was actually necessary versus what we were willing to compromise on.

Here’s where we landed for the core expectations of a Product Designer at Figma:

We then ran a similar exercise for cultural components of the interview to make sure we brought on people who would be a good fit for Figma, aligned with the company’s core values (Be Bold, Be Inclusive, Have Fun).

We’d recently taken a diversity and inclusion workshop, which explained how people often bend criteria during interviews unconsciously to fit their existing bias. This applies to both soft skills and hard skills — for example, if you think good designers are assertive, you may look for it even if you agreed as a team it wasn’t important for the role. To help combat this, we took the list of qualities we wanted and used it directly in our interview feedback form in Lever (our recruiting and hiring tool) to prompt meaningful focused feedback rather than just an open ended text field.

We also judged ourselves on the existing criteria. We were hoping doing this would reveal new gaps in our team to inform ways to round out what we were missing, but actually there were not many surprises. It was still valuable though because we wouldn’t want to evaluate others on something we couldn’t evaluate ourselves on first. It was also a humbling experience and ensured we were all being realistic about strengths and weaknesses.

Of course, the hiring exercise alone doesn’t just magically drop the people you need into your team — a lot of work has to be done sourcing, asking around, and meeting people to find the right fit. But at least now we had the knowledge of what we actually needed to properly conduct the search. One trick that helped us a lot was working closely with our amazing recruiter, Korin, by embedding her into the design team, joining our critiques and team meetings so she could help us hire the right talent and speak to what we do day-to-day more accurately with first-hand experience. Interested in running this with your team? Try out this template. 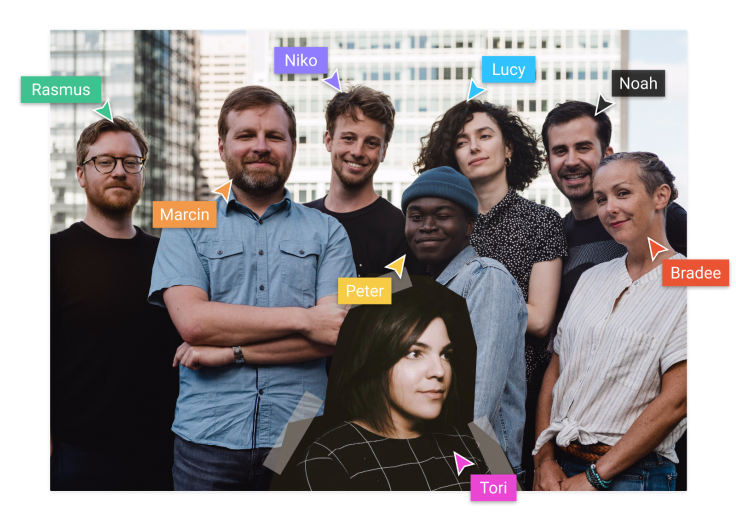 First, Lucyné (Lucy) had applied to us online, and when we saw her portfolio we were stunned by her beautiful motion and visual explorations. She’d worked across various domains from making websites and working in agencies to designing the interface for the first handheld CNC machine. She’s one of the most inquisitive people we met, always looking to understand more about why things are the way they are — we’re lucky to have her onboard.

Then came Marcin — a UI veteran who’s worked at Google, Medium, and Code for America. From having replicated Pac-man into a Google doodle (down to matching the bugs from the arcade game), to caring about tiny details like underlines and quotation marks on Medium, to building a custom urban planning application, we knew having someone with his passion for quality craft, tooling, and typography would be perfect for a design tool like Figma.

It’s hard to find a clearer fit than someone who’s spent the last 10 years of her life thinking about and building creative tools. Most of Bradee’s tenure was spent at Adobe, much of it on Photoshop. She’s passionate about designing in the open and creating tools that help us all create a more inclusive world. She loves new and novel interactions, having presented with Apple on stage at WWDC to showcase the Photoshop touchbar. We love her creative expression in and outside of work — she recently designed and implemented a custom animated Halloween character on a big projection screen with camera and voice rigs to interact with trick-or-treating passerby's.

Finally, the most recent addition to the team, we are lucky to have found Tori as our first Creative Director who will be helping us help evolve the Figma brand. Previously a freelance art director and designer, she’s worked with clients like Apple, Etsy, Google, and many others. Tori has a wonderful leadership approach, carefully listening to and understanding the team’s goals and motivations to build products collaboratively. As someone who cares deeply about empowering others, we knew she’d be a great manager and leader for our communication design team. She also makes epic gradients.

Lucy, Marcin, Bradee and Tori are joining the rest of the Figma design team:

During a hack day around Design Tools, Niko started working with a team building Sketch Runner, a plugin for Sketch. At the time, he was still studying Interaction Design in Schwäbisch Gmünd (it has a 🦄 as coat of arms!). His Sketch Runner experience made him think more deeply about the tools he was using, and after graduating (and a stop at Shopify in Ottawa) he decided to work on design tools full time.

Because of his background in advertising, Peter is a bit of a visual fire hydrant. He’s Figma’s Communication Designer, so he works cross functionally to make product GIFs, internal presentations, websites and other assets. A lot of his inspiration comes from nature, which he considers to be the best designer.

As the longest standing member of the team having joined ~3 years ago, Rasmus has been a core backbone of Figma Design. A Swedish native, he was one of the first employees of Spotify in Sweden in 2006 where he led the company’s design and product direction. In 2011, he moved to the United States to work at Facebook and then Dropbox. He recently designed an open-source typeface for interface design, Inter UI, which has since been used by the likes of Github, Japanese soccer league, and the UK gov.

Noah moved back to San Francisco last year to be Figma’s first Design Manager. Before that he led the design team at ClassPass in NYC, and the iOS Search team at Google in Mountain View. He also spent some time teaching designers to code as an advisor at Framer. He studied Human-Computer Interaction at Carnegie Mellon and is a Pittsburgh native who’s convinced it’s the most underrated city in the world.

We’re proud of the diversity of skills each member has to offer, making it easier to tackle a range of problems in different ways:

Getting to know each other

To help us understand each others’ preferences and styles, Marcin recently had a fun idea of running a “Trading Cards” activity together in Figma. We wanted to know things like: who prefers working in the morning vs the evening? What parts of the design process do you feel most comfortable with vs challenged by? What’s your design super power? Are you more introverted or extroverted? We felt that filling this out in the form of a fun trading card would be a fun team activity, so we made them during one of our weekly design critiques: 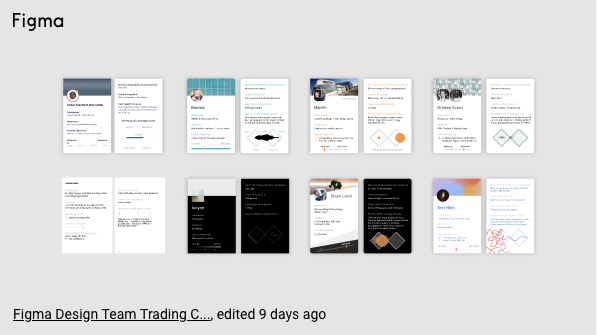 If you’re interested in trying this out with your own team, we made a template in Figma for you to try out. Feel free to adapt it to questions most relevant to your team and what you’d like to discover. This could also make for a fun onboarding activity for new team members.

Naturally, to narrow down what we were looking for, we ran our hiring exercise again. Here’s what we uncovered as core needs for each role:

For the full time role we tailor it a bit to a designer who should be excited about experimentation and growth-related projects. Whereas for an internship, we care most about candidates being hungry to learn and hard working since the role requires less experience: 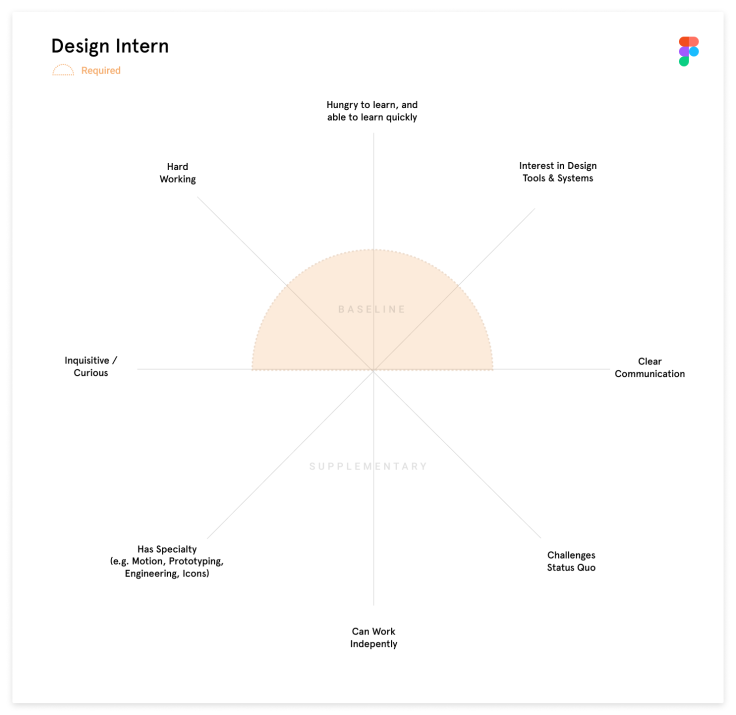 We hope open sourcing our requirements like this makes for a smoother interview experience so you’ll know more about what we’re looking for.

Want to work together? Apply here!

Did you find this breakdown helpful or interesting? We’d love to hear from you. We’d like to start writing more and sharing more about our design process at Figma. What would you like to hear about? Tell us on Twitter.

Valerie Veteto | December 15, 2017
18 designers predict UI/UX trends for 2018
A designer’s obsession always circles back to one simple question: How can we improve the user’s experience?
Valerie Veteto | October 30, 2017
10 UI/UX Design Internships Figma Users Swear By
Not all internships are created equal, especially in tech.