Widgets run inside the same sandbox as Plugins but with the additional ability to:

Widgets only run in response to user interaction and only on the specific client that initiated this interaction. All other clients will see the updated widget via regular updates to the file, via Multiplayer. 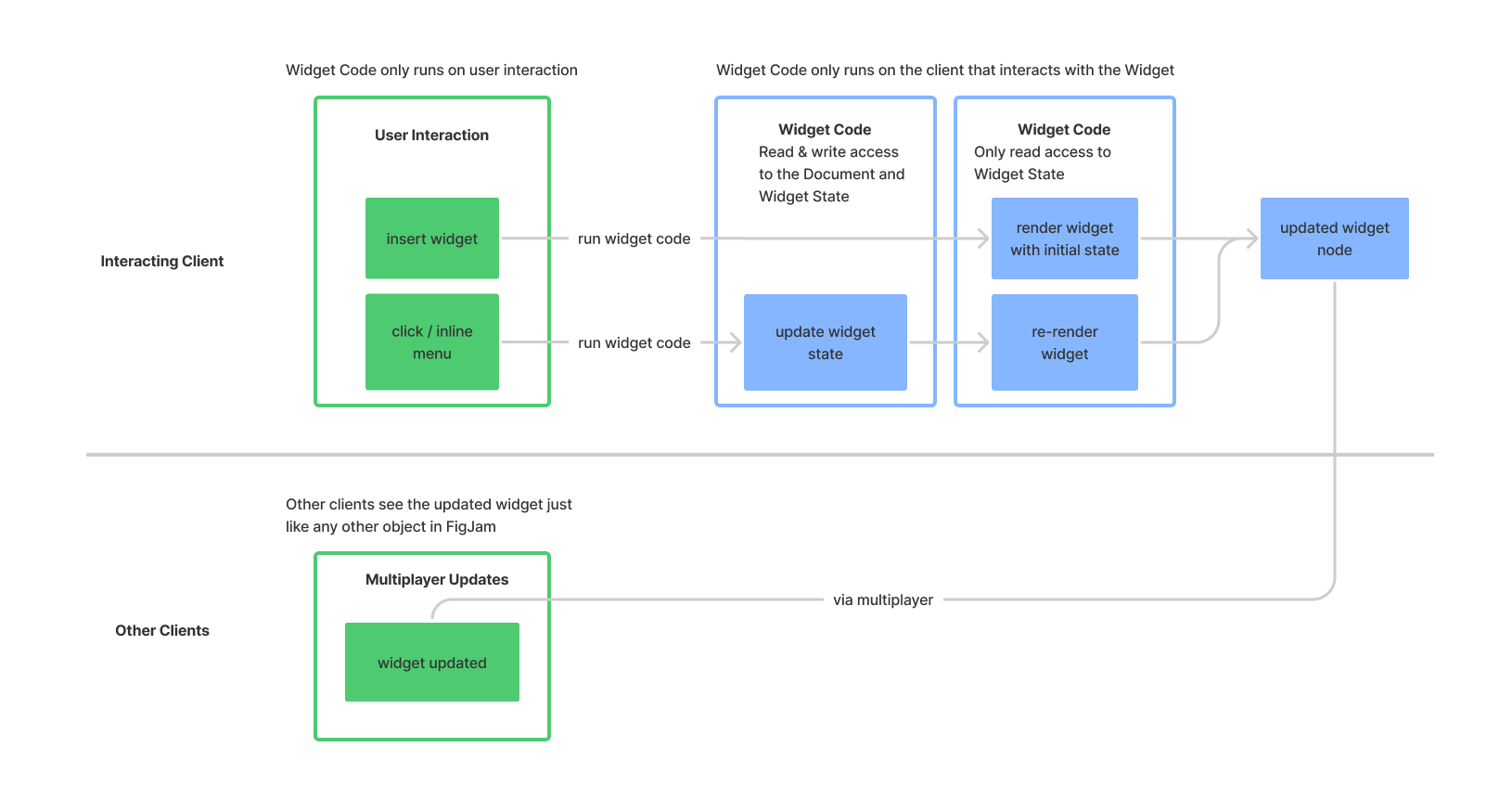 As pictured above, it is helpful to think about Widget Code in 2 distinct parts:

Code that describes how a widget should look runs synchronously and should solely depend on a widget’s state in order to avoid inconsistencies when rendering across multiple clients. For instance, a widget shouldn’t depend on attributes of other nodes on the canvas when deciding how it looks.

If you want to use something like figma.activeUsers in your widget, the recommended pattern is to use a lazy default initializer to initialize a synced state value.

This will be enforced at the API level - widget rendering code won’t be able to read and access data outside of the particular widget’s state.

Code that updates widget state runs asynchronously and can do much more than read the widget state. It will have full read/write access to the document via the Plugin API. Code here can also make network requests via iframes and open iframes to get more user input. Most commonly, code here ends up updating the widget state, which will cause the widget to re-render.

Was this page helpful?
YesNo