Are hackathons the answer to the tech designer shortage?

At first glance, hackathons seem like no place for design. They’re 24 hour melees packed with Red Bull chugging programmers who skip showers and sleep to impress corporate sponsors and their own comrades. But there’s a major designer shortage in Silicon Valley, and hackathons have all the makings to help design students get into tech life.

In theory, hackathons could be the perfect funnel for recruiting designers to the dark side, except for one problem: Designers don’t think they belong there.

One college hackathon is trying to change that. Hack@Brown, which is Brown University’s annual event with 500 people, has spent the last few years wooing designers to attend. It’s slowly becoming known as a haven for art students, and tech companies like Facebook and Kayak have started attending to mentor and recruit budding designers. 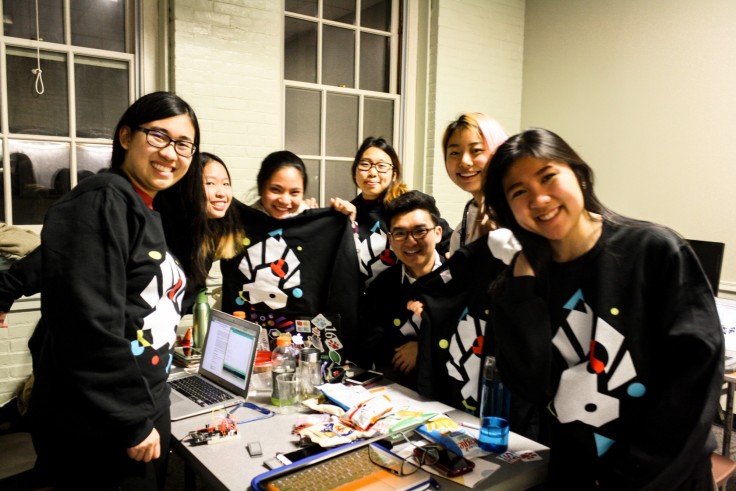 “If you’re a designer and you want to work in tech why haven’t you done a hackathon?” said Jonathan Arena, a Facebook employee who came to Hack@Brown this year. “It’s going to teach you a lot about yourself and we love to see it.”

Hack@Brown provides a model for hackathons that want to convince designers to attend — it takes a totally different approach than standard hacker fare. (At Figma, we constantly hear from organizers who are struggling to do so.)

“Interacting with Rhode Island School of Design (RISD) students, a lot of them were confused like ‘Oh I can’t code,’” said Atty Eleti, a former Hack@Brown organizer. “The prevailing attitude among many students is that working at a tech company is like selling out.”

To change their minds, the hackathon team redid all their branding so it looked more appealing and professional. They created specific hackathon prizes for UX and UI. They even went so far as to message design clubs around the country and pay for the students’ round-trip tickets to Providence.

“Last year there were four of us [designers] on the team and this year there’s six,” said Zachary Deocadiz, a recent graduate from RISD who’s a Hack@Brown design lead. “We’re making sure there’s more designers bringing these issues up.”

The invisible path to Silicon Valley

Still, no step was a silver bullet. One designer the organizers invited left as soon as she saw the recruiting stands for engineers. She felt like she didn’t fit in at an event traditionally targeted at developers.

This is perhaps a microcosm of the designer shortage in tech. Although clear paths have been established for wannabe engineers to learn the skills and find jobs, there’s no such trodden road for designers. The industry hasn’t done a good job of seeking them out.

“The onus is on companies to take the first step and send designers to hackathons,” Facebook’s Jonathan said. “Are you a product designer? Could you be? We gotta go to hackathons and find out where these people are.”

Former Hack@Brown organizer Atty thought he wanted to be an engineer until a chance Hack@Brown encounter drew him to design. His freshman year of college he met Figma engineer Jessica Liu. She introduced him to the inimitable Alice Lee, who was a designer at Dropbox at the time.

“Alice was the first to say ‘I see potential in you. You could be a designer,’” Atty remembers. “That’s where my story of becoming a designer took shape.”

It may have been an uphill battle, but over the years, the Hack@Brown team has seen major success. They went from 15–20 designers at the first hackathon in 2013 to over 100 designers — 20 percent of attendees — in 2017. Hackathons across the country are following suit, trying to incorporate designers into their events.

The timing couldn’t be better as tech companies ramp up their hiring. Through Figma’s network, we’ve heard that Facebook’s designer recruitment goals are north of 800 this year (compared to 200 a few years ago).

“It’s really hard to find designers with the three core skill sets we look for just because it’s such a new field,” said Julyanne Liang, another Facebook designer who went to Hack@Brown. “We wanted to meet students we thought had potential.” The team had follow up calls with a lot of the attendees, two of whom toured the social network’s campus.

Facebook’s not the only one hiring up a storm. We’ve also heard that places like LinkedIn and Dropbox have increased their target designer hiring ratio to one for every four or five engineers. Major corporations like IBM and GE are publicly going on designer hiring sprees.

“Everyone who was at that hackathon, there was a pervasive anxiety around getting into tech and product design,” Jonathan said. “But I could see — there’s so much opportunity for them.”

At Figma, we’re amazed by the cool things people are doing across the product design community and decided to start highlighting these stories on our blog. For those new to us, we’re the first product design tool that’s based in the browser, giving people the opportunity to build apps and websites together in real time. Come check us out (and we’re hiring!). 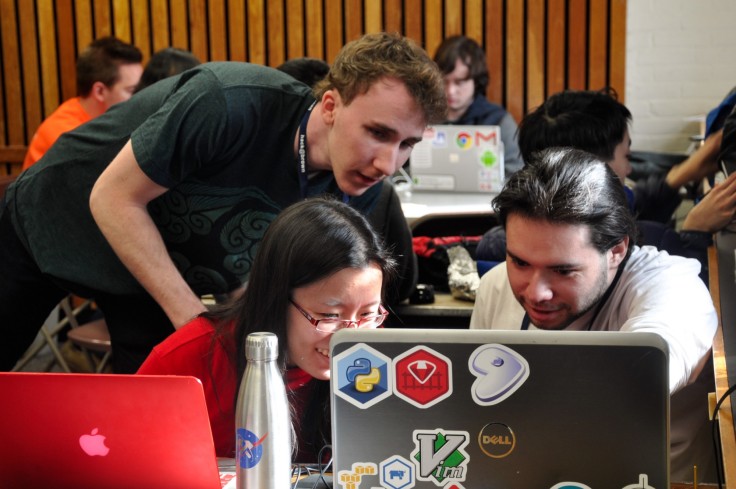