In early 2017, shortly after I joined Figma, the team kicked off its first official “Quality Week.” Everyone at the company paused their projects for a major spring cleaning of the product. Engineers and designers alike addressed a bunch of smaller, “not mission critical but annoying nonetheless” bugs, and made much-needed improvements to existing features.

At the time I was surprised that such a fast-moving startup would invest resources in this, but I soon learned why quality matters so much at Figma. Designers spend hours on end using our tool, so the smallest imperfections can compound.

By spending an entire week exclusively dedicated to fixing bugs — instead of continuing to ship at all costs — we try to deliver a faster, smoother and more intuitive tool for all the designers, developers, marketers, and product managers out there.

It’s grunt work that matters, and it brings a great deal of satisfaction to us personally.

We decided to make Quality Week an ongoing Figma tradition so that’s how we started 2018. Two teams of engineers joined forces to work on a broad selection of bugs, prioritizing features that were legitimately broken or not up to par for a professional grade design tool. For a full list of the improvements, check out our release notes.

We call this one the "WTF" bug

Here are some highlights I was most excited by:

Is Figma bug-free? Did we get to fine-tune everything we wanted? No, but we promise to keep working at it. The list we tackled was huge, and we’re thinking about adding more quality weeks throughout the year. (Of course, we fix bugs all year round…Quality Week is just a particularly focused and concentrated effort.)

The oldest bug award came from 2015

Alec — one of Figma’s earliest engineers who knows “all the things” — pointed out that Quality Week doesn’t just benefit Figma users. It gives Figma developers and designers a chance to work in different parts of the codebase they don’t normally touch.

We all had fun with the process, and at the end of the week our Director of Engineering, Sho, passed out awards to celebrate a few of our accomplishments. One of our developers won the ‘oldest bug’ award, for solving a problem that has haunted Windows users on Figma since 2015. 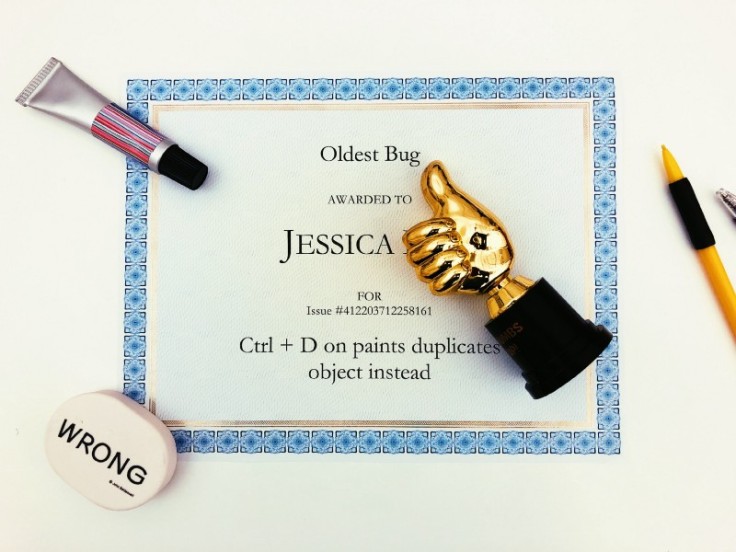 Help us plan for the next quality week

Quality week represents what I love about Figma. The design tool ecosystem is heating up and everyone wants to work on new features and functionalities. Spending a week crushing bugs isn’t particularly glamorous, but we think it’s just as important to take the time to clean house as it is to build new additions to it.

Many of the bugs we fixed were brought to our attention by our community. We appreciate your feedback — more than you know — so please keep it coming! You can reach us from inside the product (click the “?” in the lower right corner, then Contact Us), on Twitter, on our Community Forum, or by emailing support@figma.com.

We have an all hands support philosophy so in addition to our support team you may find yourself chatting with an engineer — or even our CEO!

Valerie Veteto | June 28, 2018
Art of Listening: One designer's foray into experiential design
Mike Godlewski, an Interaction Designer at IDEO, paraphrased this quote over wonton soup in San Francisco’s Richmond District. Although visual design is his forte, last year he founded the music event Art of Listening.
Dylan Field | June 21, 2018
Figma 3.0 (!)
Desktop-based design can come with a hefty price. Teams spend their days managing a Frankenstein workflow: Which prototype has stakeholder comments? Is the style guide up to date? Are we all working from the right version of the design?