Can designers make a political difference?

The morning after Trump won the presidency, Portland designer Jen Thomas woke up wrapped in a blanket of dread. She joined her friends and fellow co-founders Julie Lesseg and Liz Neilson at their design agency The Beauty Shop, where they hugged and cried.

But the period of grief didn’t last long — within hours, the trio decided to take action, posting on their Instagram account that they’d be offering pro-bono work to organizations representing women, people of color, Hispanic, Muslim, immigrant and LGBTQ communities. Responses poured in — within two days their follower count had quadrupled and they’d heard from 300 designers and studios who wanted to help, including a design team at Facebook. 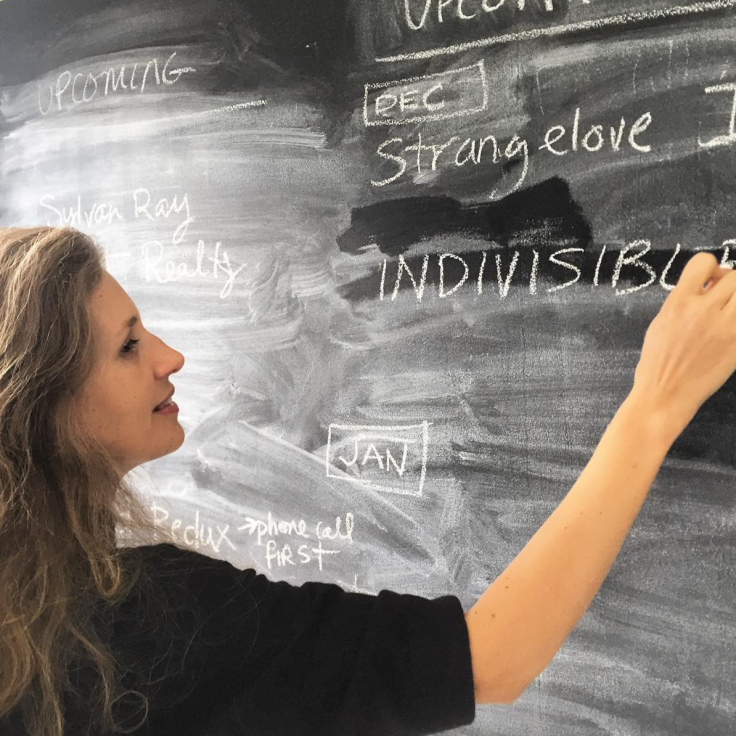 The outpouring inspired Thomas, Lesseg and Neilson to form a coalition called Visible, connecting designers with grassroots organizations that need help. It’s one of many design initiatives that has taken off since the November election.

The Obama years fostered a certain amount of complacency among progressive designers, but Trump’s first month in office lit bonfires of action under everyone’s asses. The new administration has forced product designers, illustrators, photographers and others to rethink their role in the new world order. It’s a political stirring we might not have seen otherwise.

“We’re giving away free logos, designers saving the world!” jokes Neilson. “But there’s truth that good design makes people think you’re legitimate — the structure we can build for people could contribute to their endeavors succeeding.”

After The Beauty Shop’s Instagram post took off, organizations from around the United States contacted them for help. Thomas, Lesseg and Neilson picked twelve as the initial Visible partners, ranging from the Iowa Abortion Access fund, which gives women reproductive options, to Nightingale, a publication that raises awareness about America’s flawed healthcare system. The Yemen Peace Project, a think tank working on relations between Yemen and the United States, needed Visible’s assistance immediately because hackers attacked its website soon after the election. 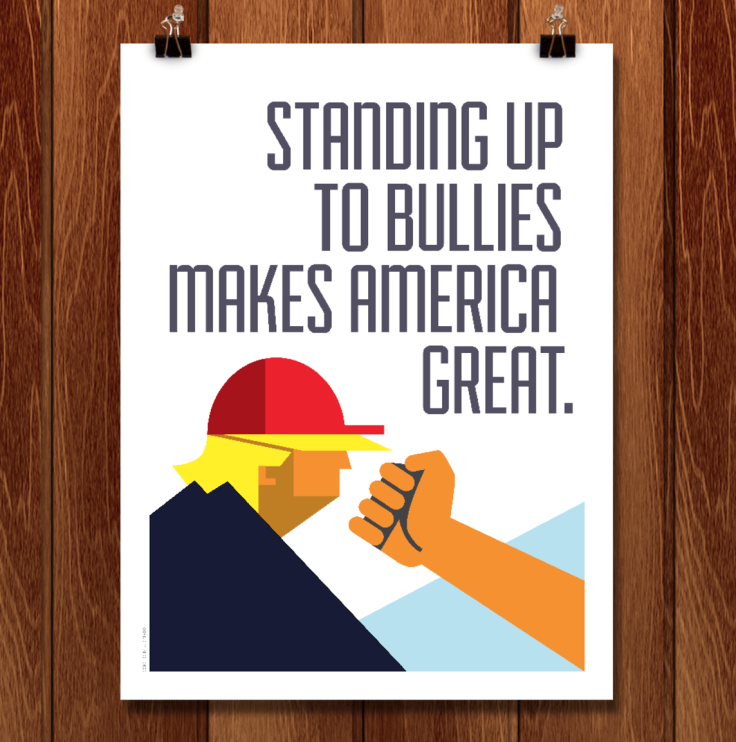 The Beauty Shop is only one such group that’s crowdsourcing creatives. Another is the Creative Action Network (CAN). It runs social good campaigns with organizations like the National Parks Conservation Association (NPCA) and the New York Public Library, recruiting artists and designers to create imagery for these causes.

In light of the election, CAN asked artists to create posters representing the things that make America great, with the goal of releasing one poster a day for the first 100 days of the Trump administration. Posters highlight everything from jazz to religious freedom. “It’s important to fight and protest and resist, but one of our key ethos is celebrate what you want to see more of, building common ground of things we all believe in,” Aaron Perry-Zucker, the CAN co-founder, said. 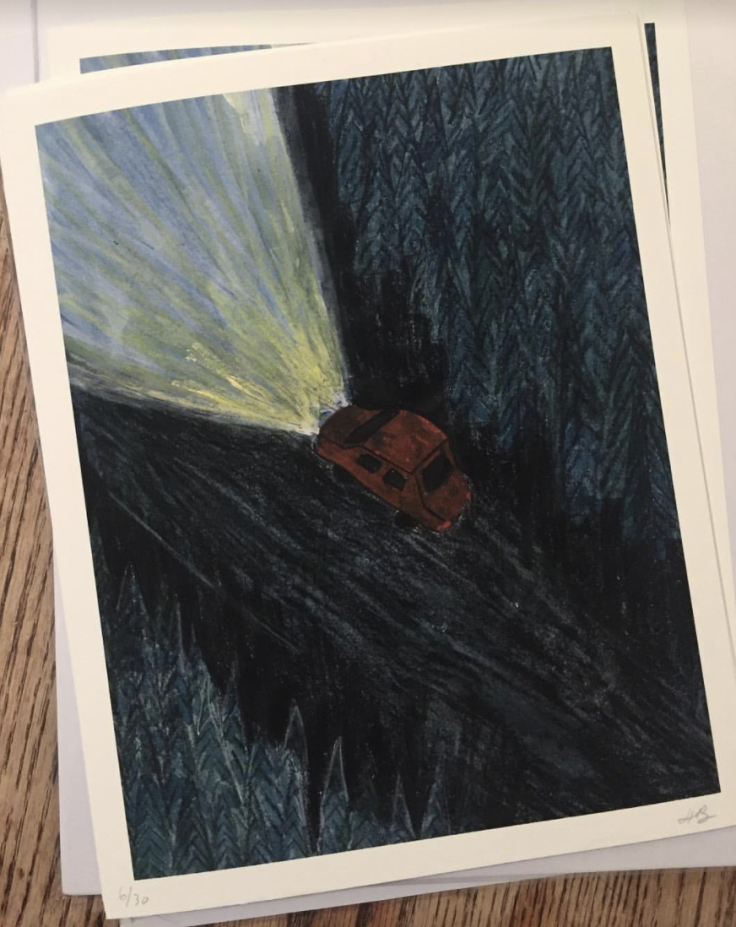 In some cases, political action means more than offering pro-bono help — it’s also about evaluating the purpose of one’s job or the direction of one’s life.

Hallie Bateman, a freelance illustrator who draws for The New Yorker and Lenny Letter, as well as tech publications like PandoDaily, said that she’s had to shift her identity as an artist. “My general MO is to highlight these tiny moments of life, but it feels like it’s coming from a reality that’s not reality anymore,” Bateman said. “Am I an artist who’s ready to make work about this world?” She’s spent some of her spare time thinking about this issue, reading philosophy books like Artists in Times of War by Howard Zinn.

Eventually, Bateman decided to take action, selling a limited number of editions of one drawing — a haunting, windy night drive through the woods in her hometown. “It did end up feeling relevant because it feels like the darkest time,” Bateman said. “We can’t give up.”

She donated all the proceeds aside from printing costs to Planned Parenthood, hitting her goal of $2000. In a strange twist, the President of Planned Parenthood bought one of the final prints. “I don’t know how she found it — she must have seen it on Twitter or something,” Bateman said. “I just suddenly had an order with a name I recognized and the Planned Parenthood address.”

With the success of the first run under her belt, Bateman moved on to raising money for The Sierra Club with a similar limited edition run of a drawing called Duck Day. “I really want to do more and I’m sure I could be more strategic,” Bateman said. “But this is one way.” 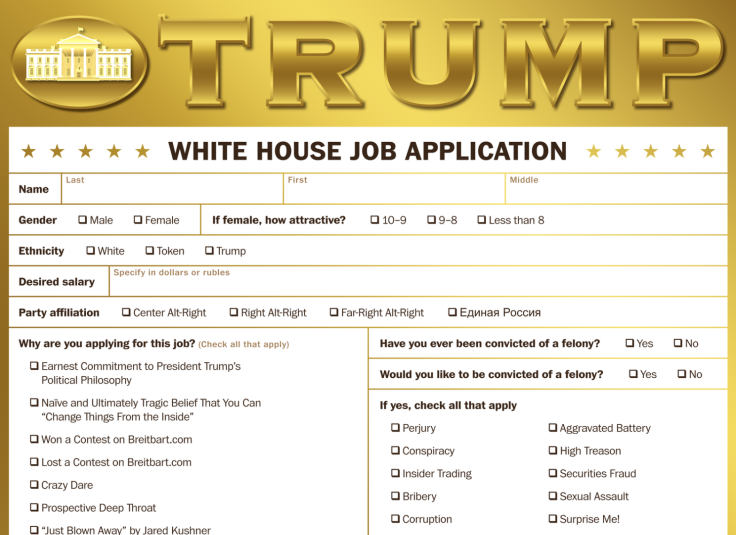 For former Facebook designer Ben Barry, political action came in the form of freelance work for The New York Times. He doesn’t often agree to design stories for the newspaper because of how quickly they need the work completed. But when an editor asked him to create a joke job application mocking Trump, he couldn’t say no. “[Doing] that in one of the largest newspapers in the world against an administration I completely disagree with was a meaningful opportunity for me,” Barry said.

He pitched a bunch of formats for the fake job application design, from making it look like a field trip flyer for an elementary school — all comic sans and bad formatting — to mimicking an internal Russian document, as though the White House was a sub department of the Kremlin. Ultimately the Times went with big, gold and brassy, like Trump incarnated. When the Times published it, Barry tweeted, “This is easily one of the ugliest things I’ve ever been hired to design, but also one of the more meaningful.”

Other designers focus on how they can create a ripple effect with their actions. Suelyn Yu, who ran product design for the experimental branch of the tech team on Hillary Clinton’s campaign, has started giving talks to product design organizations in San Francisco. She coaches people on the most effective ways to get involved. Rule number one: Ask what’s needed.

“You may think you have really important skills as a designer but right now [organizations] may just need someone to man the front desk,” Yu said. “The principle is ‘Hey, how can I help,’ not ‘Hey, I’m a designer.’”

In the tech community, people instinctively want to build new apps or technology platforms to fix a problem, instead of teaming up with established organizations. Although disrupting the status quo might make the most sense for business, it’s not always the best route for civic engagement. Local organizations sometimes understand an issue better than people parachuting in.

“I almost feel like the design community wants someone to write a Medium article saying ‘Here are all the apps you need to design right now,’” Jared Erondu, the co-founder of the new design platform Playbook, said. “That’s not the thing to be looking for.” In a widely circulated post that was actually the inspiration for our story, he discussed how solutions to problems aren’t always products — they can be marches, speeches, podcasts, prayers, donations, or any number of things.

In his case, Erondu and his team are taking action by organizing Bay Area designers to work with the local ACLU chapter. They tapped into Greylock’s design community and put on a fast-paced prototyping design sprint — hosted by Xander Pollock, formerly at Google Design and an expert on such sprints.