Did Snapchat succeed because of its controversial UI?

Snapchat’s usability sucks. They even had to include ten black and white diagrams in their IPO filing just to help potential investors (i.e. olds) understand it. At Figma, we found ourselves wondering just how the hell Snapchat became a $28 billion company with its Mad Hatter interface. So we talked to five designers we respect to get their take.

Snapchat breaks all the rules

When asked about Snapchat, many designers heave a reluctant sigh. They’re loathe to admit — although they eventually do — that Snapchat’s power comes from its dreadful, chaotic interface. The app’s triumph spits in the face of modern product design values, undermining rule #1 — Don’t Make People Think. Its success shows that great design isn’t always about usability.

“Too often designers get hung up on aesthetics and pixels,” said Bobby Goodlatte, the CEO of political platform Openvote and an early product designer at Facebook. “Design is about solving a problem and sometimes the right solution to that problem is to create a space that’s less refined.”

“Less refined” is one word for it. “Insane” is another. Like an app designed by Willy Wonka, Snapchat pushes the limits of comprehension with hodgepodge chaos. The menu in the Stories section scrolls both vertically and horizontally. The camera screen includes buttons for a bunch of unrelated features. There’s no universal navigation bar to help people move through the app. Press one seemingly harmless icon and you’ve just accidentally sexted your boss (pro tip: never surf Snapchat while lounging naked folks). 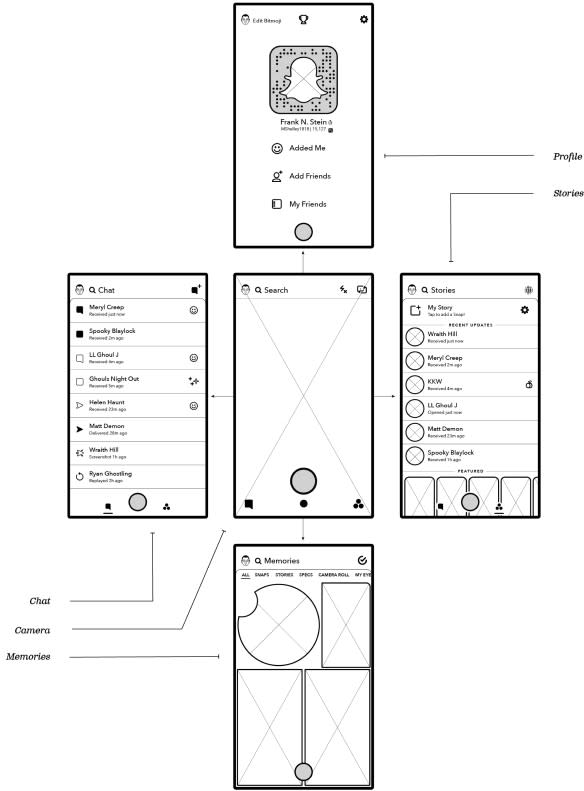 Why millennials love it

“When I first started using Snapchat I was like, ‘This is fucking ridiculous,’” said Ben Wilkins, a designer at Airbnb. But Wilkins finally understood the appeal when a friend inducted him into the Snapchat clan as they drank at a bar, showing him all the hidden filter functionalities. “The reason people love this is because it requires some level of tribal knowledge,” Wilkins said.

By burying some functionalities — like live video calling — Snapchat has made itself the digital version of the cool kids’ table in high school. It’s not surprising it’s so popular with kiddos, giving them their own walled garden that their parents can’t reach.

Despite the interface’s insanity, some Snapchat features were major breakthroughs in design. It was the first big social app to open directly to the camera. That unconventional choice encouraged people to actually create their own content, instead of just consume others’ posts. Even the weird multidimensional navigation, where you swipe the screen to get to other parts of the app, arguably makes more sense for mobile than conventional UI, where you have to hit a tiny menu icon.

“Some designers resent its success because it doesn’t follow patterns we were taught to follow,” said Tara Mann, a mobile designer at Basecamp, a project management tool. 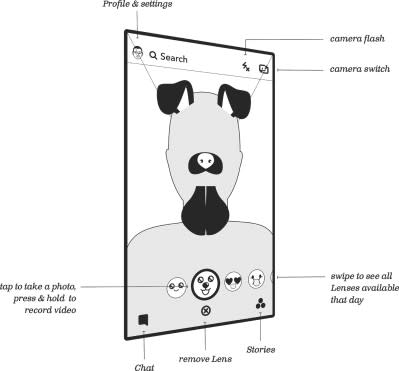 One of the traditional standards Snapchat broke was touch. Double tapping, swiping and holding became their own unique commands, shortcuts for functions that otherwise would require several buttons to reach (like starting a video). It also pioneered swiping to pull in filters over an image, instead of the thumbnail filter view of competitors like Instagram.

“You open to the camera and it automatically gives you ways to be funny and creative,” Mann said. “They were the first ones to do it in a big way.”

Of course, filters are a trick you’d never know if someone didn’t show you. Snapchat abandoned “intuitive UI” in favor of “shareable UI,” a term coined by consummate Valley product manager and Snapchat cool dad Josh Elman. Although he’s not technically a designer, we couldn’t let a story about his favorite app go by without getting his weigh in.

He argues that designers are fooling themselves if they think most products are intuitive and easy to use from the get-go.

“The first time people used Facebook they didn’t know what to do. The first time people used Excel, there’s a big grid of numbers — what the fuck do I do?” Elman said. “The lesson is: Design something powerful that people want to talk about rather than design it in a way that someone staring at it themselves will bumble through menu options.” Social apps particularly benefit from a design that forces people to consult their friends. 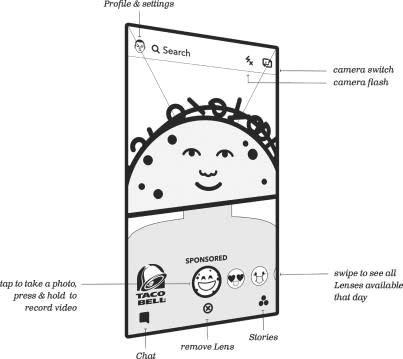 So, was Snapchat secretly genius in its early UI adventures or was it all a happy accident? The company didn’t respond to our requests for comment — possibly because it was in the quiet period before the IPO — so designers took their best guesses. “I think it was a bunch of bad design that got sucked into an app,” said Wilkins. “But they can justify it as ‘We had our finger on the pulse of what the youth want.’”