I’m the one-person marketing department over at Sounds app, a music video sharing service with 189k followers on Instagram and now over 150k likes on Facebook. The app connects with Spotify, Apple, and other platforms to allow users to add clips of music to their Instagram photos and stories. You could say social media, and especially social media outreach, is our bread and butter. But I’ll let you in on a little secret: Our metrics weren’t always this high.

When I was first hired our Facebook page was more of an afterthought. I’d post a few things here and there, mostly using it as a channel to drive fans back to our Instagram account. We’d only get about 20 likes per post at most and an average reach of about 500 of our 14k page fans. Going into the last quarter of 2017, however, our CEO Rhai Goburdhun asked me to focus on Facebook. Initially we had planned to outsource this to a creative agency. After interviewing quite a few we found out that it would’ve set the company back anywhere from $3k — $5k+ per month — not even including ad spend. A) We’re operating on a very tight budget.

B) My time is also split between community management, artist relations, and customer support (startups, amirite?! ;-)).

So, like any good startup, we decided to tackle it ourselves.

Step one was doing a content analysis of Facebook pages in the music/media/app space (shout out to TV Time and Unilad Sound!), to learn what types of posts had the highest engagement, and then using those findings to put together what types of posts we wanted for Sounds.

Step two entailed syncing with our designer Thomas to come up with a series of Sounds-branded templates that I could swap out with photos of the artists I was promoting. I assumed these would be Photoshop templates, but he had put everything together in the collaborative interface design tool Figma.

Thomas chose Figma because he knew it would be an easy tool for a non-designer to learn, thus perfect for a community manager to create and edit social media content. He explained to me that with other design tools, “the software isn’t always available on both Mac or Windows, it can be expensive to buy a license for casual use, and the UI is difficult to understand. Figma solves a lot of these problems.”

“It’s easily understandable for a non-designer, while still being very complete for a designer.” — Thomas Vimare, Lead Designer @ Sounds app

She’s a Figma-niac That’s For Sure

He wanted a way to create marketing templates that could be easily edited by someone who doesn’t use design software everyday. As a non-designer who has only dabbled in Photoshop — mostly to troll friends with dumb photos I’d hack together — I initially found Figma’s interface to be a bit daunting. Luckily, Thomas is awesome, and he set up the workspace and templates in a very “Figma For Dummies” way. All it took was one Slack session and a brief screen grab video for me to get the hang of it.

Figma quickly became part of my daily social content creation process. I liked that I could now create posts immediately once I was struck by a creative idea, rather than having to wait for Thomas — who’s nine hours ahead of me at Sounds HQ in Paris — to read my Slack message and send something back. Figma empowers me to create social media content on a whim. 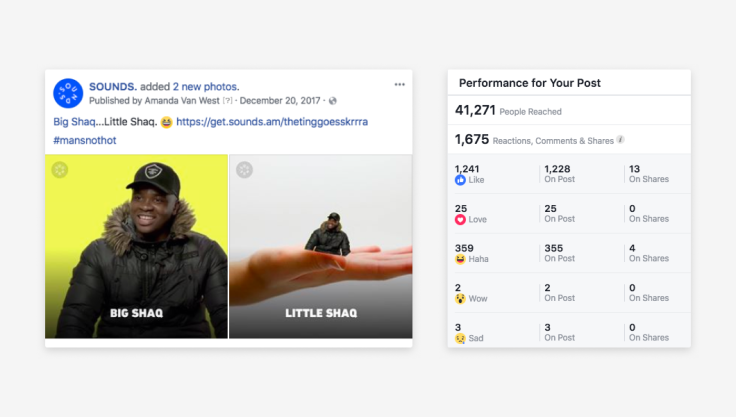 I started posting our Figma-created content to our Facebook page at the end of October, along with custom branch.io links to track which posts lead to the most app downloads. Even with just a tiny bit of ad spend (a max of $25/day split between Facebook and Instagram), I immediately noticed an exponential spike in reach and engagement.

Instead of 10–20 likes per post, I started seeing thousands of likes, comments, and shares per post. Our weekly reach started hitting over 1m, which is what our monthly reach used to be. And in less than 4 months, our number of Facebook page likes had quadrupled to 60k as of February 2018. Only a month later, and we’re at over 150k.

To be clear, with Facebook’s feed algorithm we still have to boost posts with a bit of ad spend (usually around $5/post, up to $10 if we see it’s performing really well) to reach our audience. But it’s costing a lot less, we’re seeing more enthusiastic discussions in the comments, and the audience reached with ad spend is sharing to their networks, so our overall organic reach is increasing.

If we had gone with an agency, we would’ve spent upwards of $20k in the same time frame. Instead, it’s cost a grand total of less than $3k in ad spend. For a lean startup, that sort of difference is huge for us, as it gives us much more budget to put back into other important areas of focus, such as tools that impact user retention and monetization in the app. 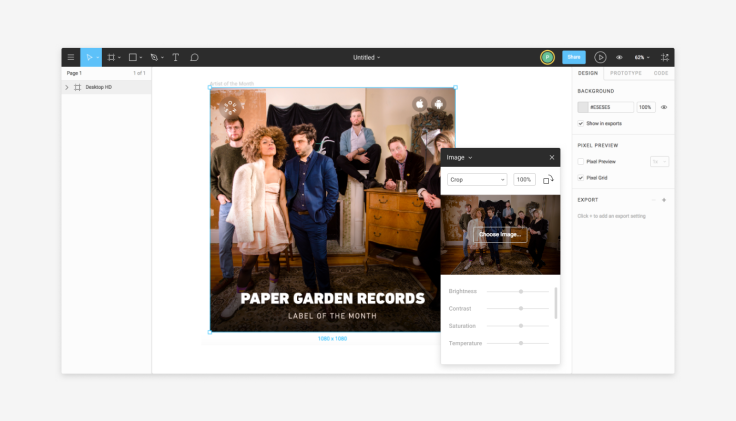 After a few months of experimentation on our Facebook strategy, these are the key takeaways I have that could be helpful to anyone else who’s on a small marketing team and unsure of how to achieve social channel growth:

What tools do you use for creating social content? What are the biggest challenges facing your marketing teams when it comes to social, and what are some things you’ve learned? Leave your feedback below or give me a shout at amanda@sounds.am!