How one designer finds inspiration in rabble rousers like Bart Simpson

Welcome to our second edition of the Catalysts for Creativity Series where we ask notable designers what sparks their creative juices. Their chosen muses can be anything or anyone: graffiti, a short film, architecture, even a moment in history.

Our second subject in the series, Linda Eliasen, is currently the Head of Design at Help Scout. She’s spent her career as an intern for [adult swim], an illustrator for MailChimp (Mailkimp for all you Serial lovers), and as the first designer at Dropbox to work on Dropbox Paper. And she also had a hand in creating this wonderfully weird recruiting video for Dropbox. She’s inspired by people who push the envelope — those rabble rousers of society, the outliers among the sheeple.

Linda was raised in the conservative town of Fayetteville, Georgia. Her creative and inquisitive personality didn’t mesh with the slow as molasses Southern town, so her sources of inspiration were particularly important for her growth as an artist. Each one opened a window to broader worlds, where women can break the rules, act goofy and strong, and even fart with their armpits. (We’re looking at you, Bartman.) As she grew up, her inspirations grew with her, replacing touchstones like religion with new sources of fantastical magic, like science. Later she would find reconciliation with her small town upbringing through William Eggleston’s unabashed photography, and a bet between two directors would teach her to shut up and get work done. 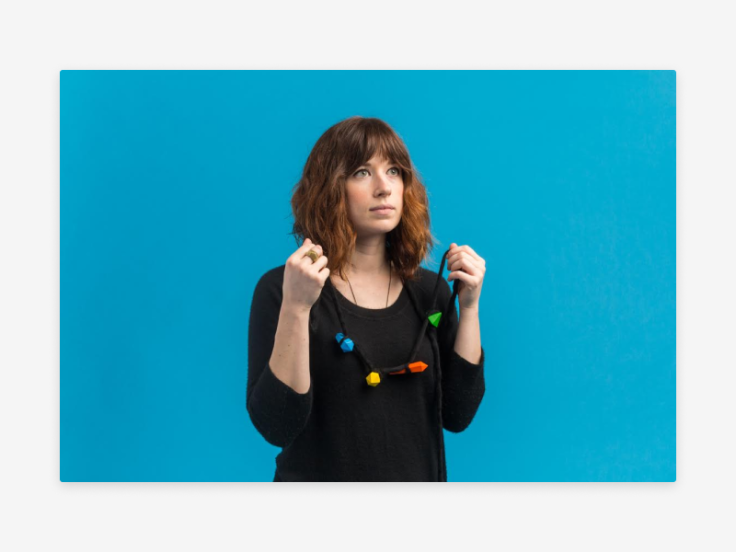 I never know what to say when asked how I stay inspired. I mentally spin in circles and end up saying something cliche like “travel!” Because secretly, I worry about my sources of inspiration constantly. I want to know how everyone else stays inspired, because I’m basically dead inside. What happened to the teenage spark? I vaguely remember what it was like to be 19 and out of breath because I was learning Color Theory for the first time and it was FASCINATING.

Everyone has their own sources of inspiration, I guess. Historically, people have considered Inspiration as an almost otherworldly inhabitation of the human mind, in which a vessel is possessed by a creative entity. Literal magic. Ghost stuff. And it’s never up to the Artist to decide when they will be inspired. They simply arrive at their desk and stay long enough to feel Inspiration’s grasp. I love that. It lets the artist separate their ego from their ideas. If their ‘inspired’ work is received well, it’s thanks to the Ghost of Inspiration. This way they stay grounded. And if the thing fails miserably then they’re still protected, because apparently the Ghost wasn’t on their A-game that day.

Anyway, below are five of the things that have shaped my work-in-progress self. 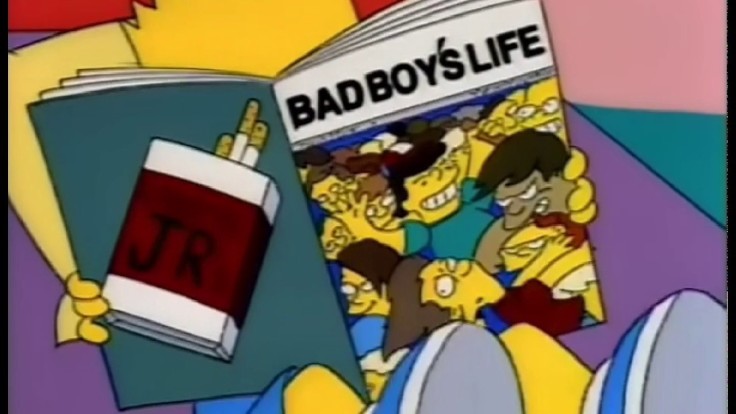 Bart Simpson inspired me to wonder what life would look like if I didn’t obey all the rules.

When I was young, I was a shy and quiet rule follower. A total cry-baby mama’s girl. I just wanted to obey my parents and make sure everyone was happy all the time. If a cartoon character defined me, it would be Bobby Hill from King of the Hill. Like a Saltine with arms and legs.

But then in the 3rd grade I started watching the Simpsons and I fell in love with Bart Simpson, my alter-ego. He was brave enough to stand up to his own parents, to The Law aka Chief Wiggum, and to the bullies in school. A rebel with no cause, a skater boy, a total jerk that you secretly get behind him because he’s doing and saying all of the things you secretly want to say and do. He was my first bad boy crush.

I eventually found out that Bart was voiced by a woman, Nancy Cartwright, which made me like Bartman even more. I don’t know why, but I think it has something to do with the fact that this very male figure was being played by a woman — I liked the disguise of that. Was she acting totally in jest? Was she taking jabs at masculinity and narcissism?

Inspiration #2: The ladies of SNL 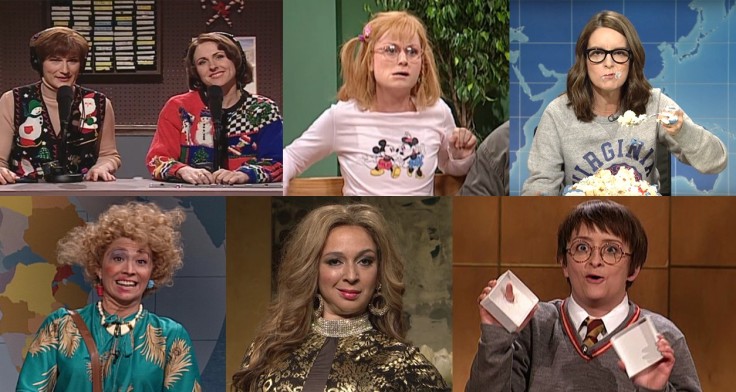 The ladies of SNL taught me that I could be funny and weird, and smell bad sometimes and play pretend and have a big imagination, and still have a place center stage, along with the men.

When I was growing up in Fayetteville, Georgia, it was tough finding female role models. I wanted to be funny and play sports and design buildings and go to the moon, and I had very little access to women doing any of that.

The message I received was this: women could become animal doctors or farmers’ wives or be rescued by a prince somehow. But that didn’t happen very often, so you should just become a teacher or something, because they let girls do that.

And if you do want a decent life, just make sure you’re pretty. And charming. And polite. And skinny. And pretty. And smile a lot. And don’t sweat too much. And don’t swear, or hold opinions, or make inappropriate jokes. Especially don’t fart with your armpit. And be very pretty.

Then I discovered Saturday Night Live. At the time, Cheri Oteri was my favorite cast member. This started to inspire me in a whole new way. Along with Cheri, women like Molly Shannon, Maya Rudolph, Tina Fey, Kristen Wiig and Amy Poehler put on ridiculous outfits, made themselves look horrendous, acted like idiots and played extremely unique and imaginative characters — far from the polite skinny princesses most girls were raised to become. That show inspired the hell out of me, and made me feel like I didn’t have to just be “the pretty girl” to have a great life. 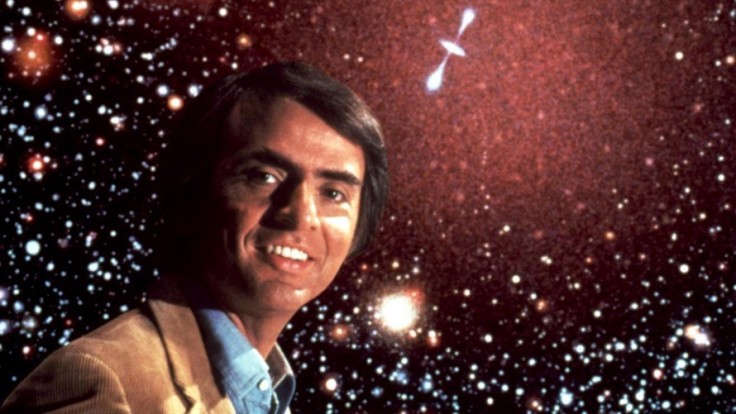 The work of Sagan pushed my mind in new directions, and my work took on more technical qualities as an effect. It felt as if new life was being breathed into everything I made, and I owed it all to this beautiful weirdo who had long since left the Earth.

I’m pretty sure Carl Sagan was an alien. But nonetheless, he inspired me so much when I first started my career. I found a few essays he had written, and the first time I read them I was moved to tears. I realized that I didn’t know very much about the Universe or how Outer Space worked thanks to my Creationist upbringing.

Sagan’s writing was so affecting it led me to sign up for a free, online Astrophysics class offered through Yale. I drifted away from religion and became hungry for knowledge. I started to see that my shy and sheltered upbringing kept me far away from so many beautiful things I’d never seen before. I wasn’t angry with this realization; I was more “inspired” than ever to know that this world was STILL filled with fantastic new things to learn about, even halfway through my twenties. And the way that he speaks about humanity and civilization is just soul crushing. This podcast about his relationship with his partner, Ann Druyan, is worth a listen.

Inspiration #4: The Photography of William Eggleston

Source: Foam From Eggleston I learned to find inspiration in my past and to be proud. His work also showed me that my work didn’t have to look like everyone else’s, and he gave me confidence to embrace simple compositions, deep irony, and storytelling. 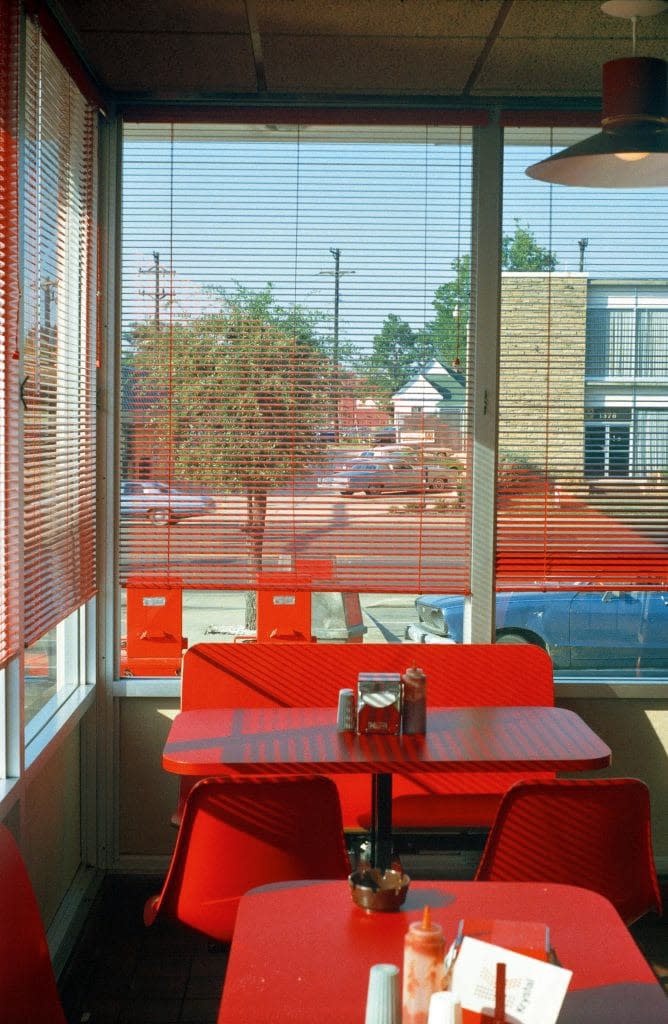 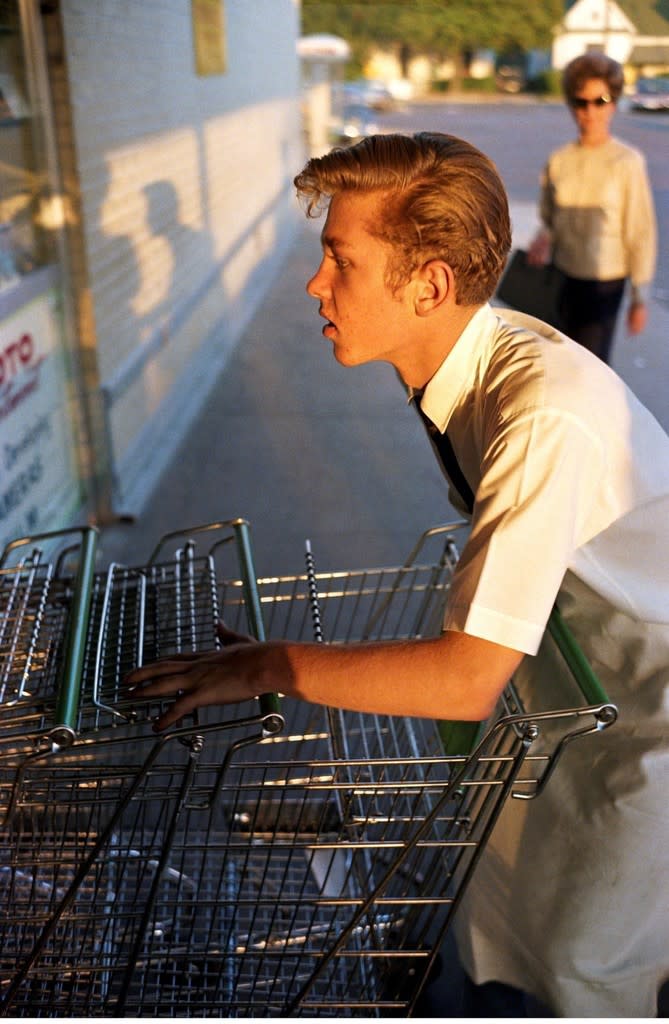 At first, his work looked like nothing to me. It was so similar to my life a few decades prior that I didn’t think much of it. He captured the most familiar moments, those that were not only unspecial, but deeply tragic. They took me back to the parts of my youth I was trying desperately to escape, reminding me of my hometown’s grocery store parking lots, the hot seats in my great-grandfather’s Cadillac, and the judgemental gaze of big-haired church ladies. 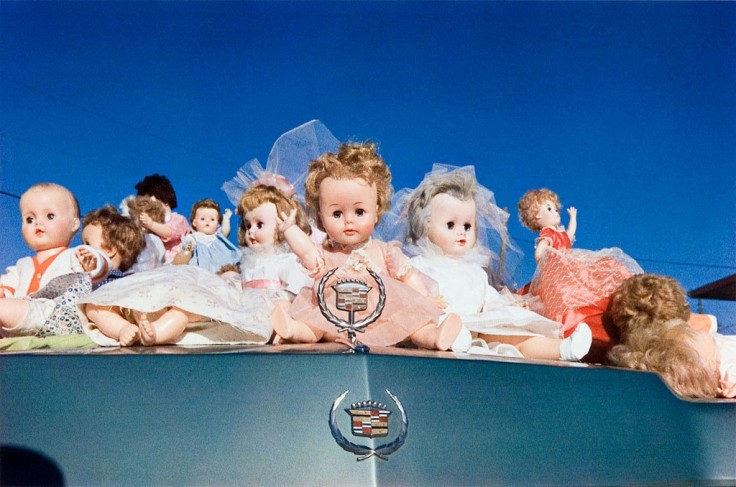 It took me a while to realize that Eggleston’s work is actually very special for the same reason I dismissed it. Now, it casts a little bit of humor on the whole memory. He takes me there — to those darkly realistic moments, to my brightly colored strip mall, to my concrete suburban daydreams I felt trapped inside for so long. His work framed my young reality and allowed me to feel nostalgic for the first time.

And that’s just how his work has made me feel. Technically speaking, his images are deeply saturated and warm with that unmistakable Kodachrome finish, which is an intense contrast to the emptiness they represent — like a dark and lonely Wes Anderson, but with a love for asymmetry. 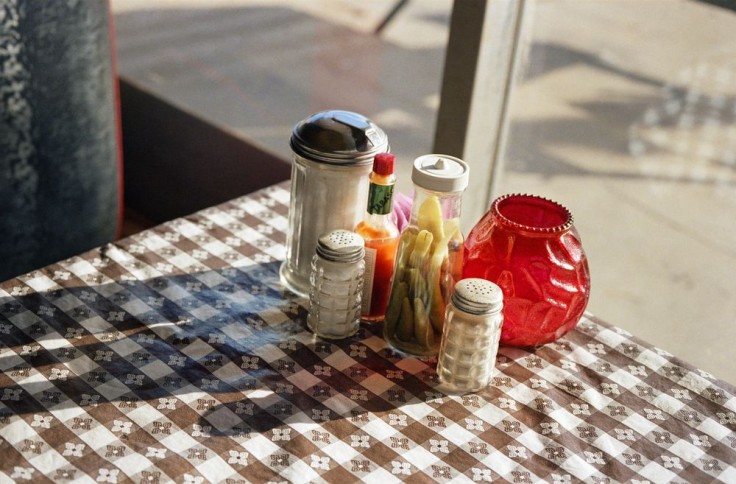 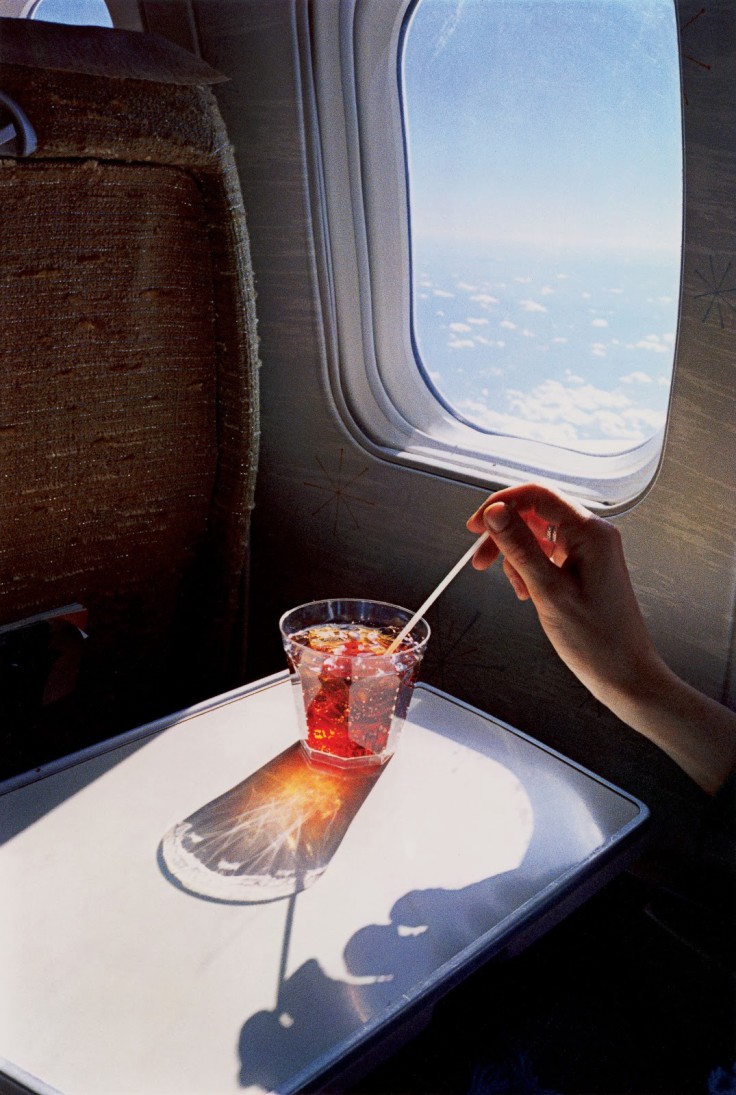 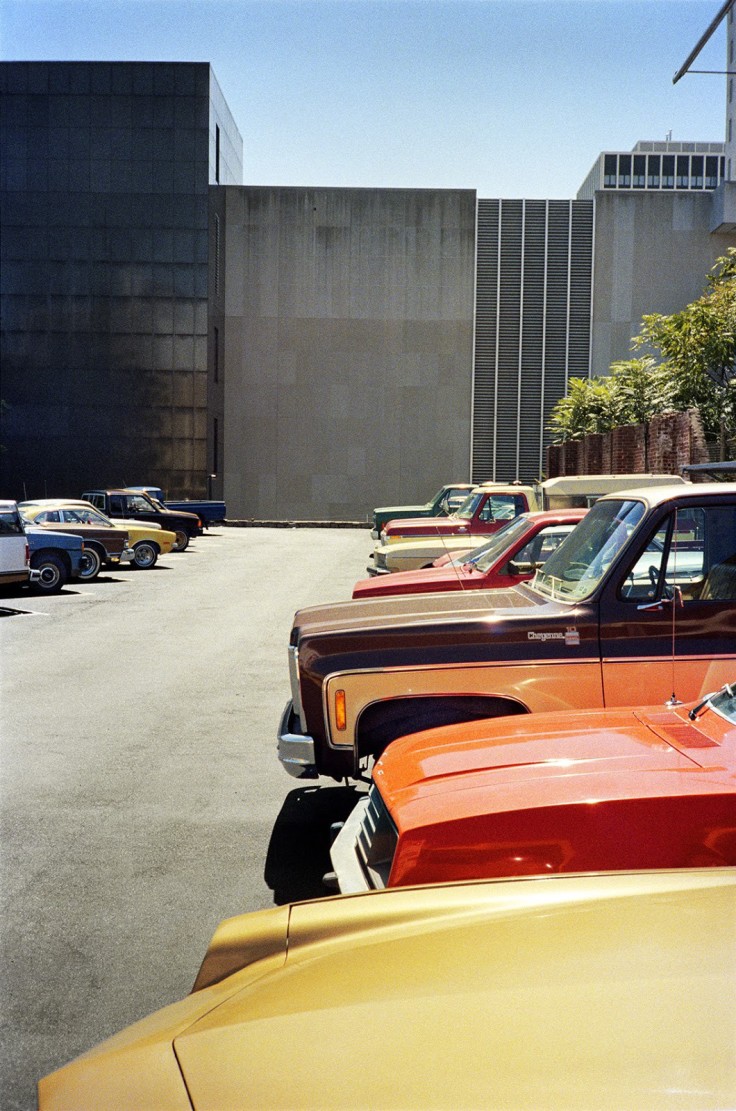 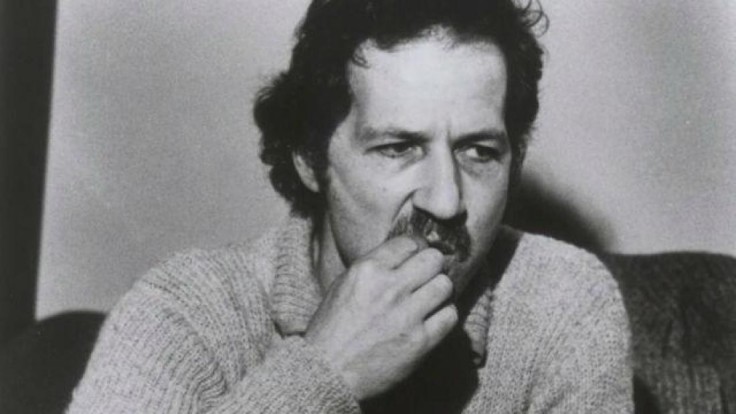 Source: Mental Floss Herzog possesses this insanity, an incredible ability to do whatever it takes to see his projects through to the end. The eating of this shoe, and the speech he gave before doing so, really inspired me to shut up and get to work.

After college, I was feeling a little burnt out. I did some only-okay work for a year or so, and I wondered if I had lost touch with inspiration. I started watching all sorts of films, British comedies, Kubrick, and the work of Werner Herzog, searching for that magical feeling.

Herzog had a friend named Errol Morris who, like most of us, had that side project he was always talking about but never got around to doing: he wanted to make a film about a pet cemetery. Herzog bet Morris that he would never actually make the film, telling him that if he did, he would literally eat his own shoe.

Morris was so inspired by Herzog’s challenge that he got to work, doing whatever he had to do to get the film finished. After years of development, he released Gates of Heaven, which in 1991 Roger Ebert named one of the 10 best movies of all time.

The first time I saw the digestion-churning documentary (where Herzog does, in fact, eat Morris’ shoe), it pushed me past a point in Mailchimp where I had felt stale and stuck. In the end I decided to leave Mailchimp for a new challenge, but not before designing one last thing, this inspirational coaster for a food blogging event. The video reminds me to keep making, keep making, keep making. You have to do something hundreds of times before you’re any good at it.