How one Figma engineer plays to her strengths: music, programming and cycling

Are you passionate about the intersection of tech and design? We’re always recruiting! Visit our Careers page for the full listing.

Here at Figma we have a much loved tradition called “3 things.” It goes something like this: Once a new Figmate has been around the office for a few months, they present three things that made them who they are at a company all-hands meeting. Their chosen trio can be anything — family members, a moment in time that struck them, or even their collection of sneakers (yes, that was one designer’s “thing”).

Our Show and Tells offer glimpses into the wide-ranging backgrounds of people at Figma. A few fun facts that have emerged: Our head of support previously ran a record store. One of our engineers oversaw the animatronic effects in the 1995 film Babe. And our communications designer was born in Cairo.

We wanted to share these quick vignettes with the outside world to give you a peek at the human faces powering Figma. First up? Kathryn Salant. Her three things — music, programming and cycling — speak to her love for incremental, measurable progress. Each task’s problem has a solution; songs (or code) that fall flat can be fixed with enough iteration.

Kathryn is a software engineer on the Organizations team who has been with us for two years — nearly an eternity in startup time. In a past life she was a trumpet player for the orchestral anarchist band Extra Action Marching Band. David Byrne (of Talking Heads fame) was a fan of their frenetic playing and invited them on tour as his closing act. She’s also a mother of two kids, an avid CycloCross racer and has worked with the SFMOMA on some of their earlier Internet projects. 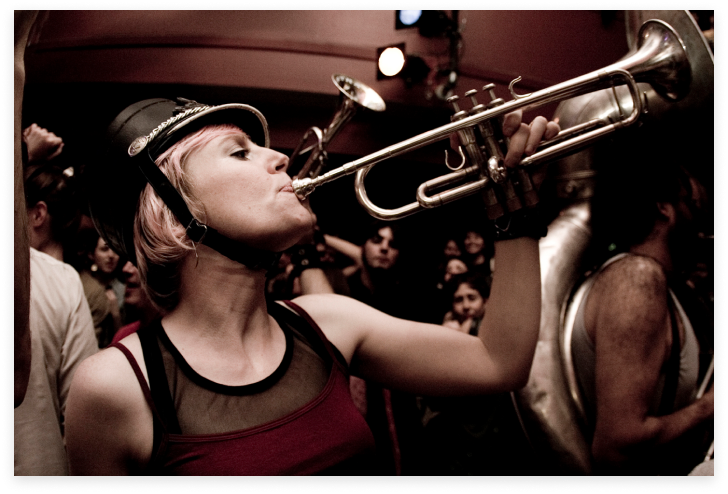 Kathryn first picked up the trumpet in 5th grade. It became an adolescent passion of hers, and as she grew up she found herself haunting the three hometown jazz bars in Minnesota’s Twin Cities. For college she scored a full-ride scholarship to University of Wisconsin-Madison, spent a year at the London College of Music, and returned to Minnesota to study with her original teacher.

But by the end of college she was disillusioned with the classical music world — many of her classmates were narrowly focused on technical perfection and less interested in the inspiration and meaning behind the music they were playing. This was the point in her life where she fell in love with the arts and creativity — something that would eventually lead her to Figma.

Afterwards she moved to San Francisco and met The Extra Action Marching Band, a huge troupe of eccentrics who would crash parties with their avant garde orchestra. She signed on as a trumpet player in 2003, closed for David Byrne at The Fillmore, and even covered Beyonce’s “Crazy In Love” onstage with him. A later tour brought them to the South where they exclusively covered Black Sabbath with an Elvis impersonator in charge of Ozzy Osbourne’s vocals — suffice to say, the South was not amused with this interpretation.

Growing up in the small Midwestern town in the 90’s meant less access to computers ; however, in the 6th grade Kathryn found herself in a class filled with Apple IIEs. The teacher taught everyone basic programming skills in Logo and she built a Super Mario demo that was so realistic the rest of the kids thought she was playing the actual game.

The tinkering obsession continued into junior high. She would both fix and break her mom’s work computer by seeing how it was put together, often erasing important system files and then having to reinstall the OS.

Later, while at University, Kathryn filched a pirated copy of Flash 4 and installed it onto a computer in one of the music rooms. She was entranced by how Flash enabled, for the first time ever, motion graphics and interactivity on the Internet. The endless possibilities blew her away. She felt a kinship with this new intersection of tech and design: Flash attracted musicians, artists, and creative people. To the early aughts Silicon Valley programmers, code was the means to creative expression.

After exploring Flash at length, Kathryn knew she wanted to write code that enabled other people to create things. She loved working with talented designers whose ideas were begging to come to life. And they loved working with her because she respected design and did her best to implement their vision meticulously. Her passion for open communication between teams is in line with Figma’s mission of building a design tool that strives for the same. 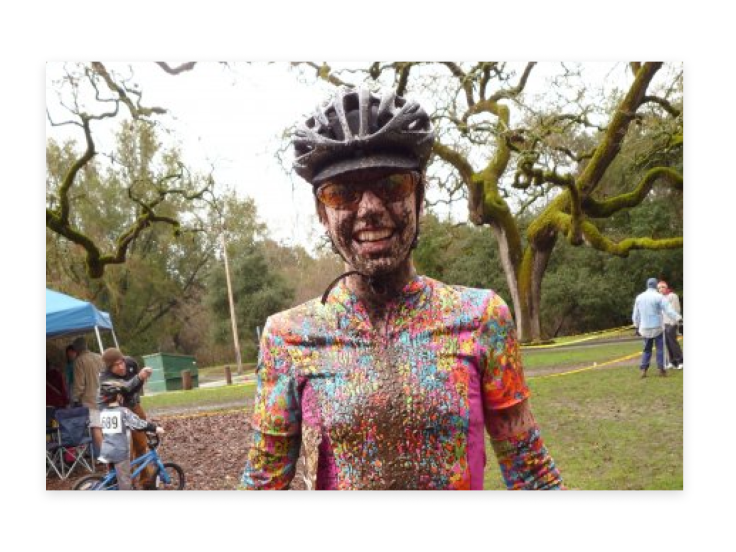 In addition to music and programming, Kathryn has fallen in love with cycling as an adult. It’s a strange irony for her because she admits to not being the most athletic while growing up.

San Francisco changed that mindset, starting with the AIDS/LifeCycle seven-day ride from San Francisco to Los Angeles — after that she was hooked on the empowerment that came from pushing her body’s endurance. In 2006 she combined her love for community building and cycling by founding Butterlap, a weekly bike ride through San Francisco with only two rules: 1) don’t be an asshole and 2) if you bring booze, bring the good stuff. It still exists today if you’re looking for a new route and some new friends.

Things intensified when she got into CycloCross, a community-oriented dirt (read: mud) race for cyclists. She participated in the Single Speed CycloCross World Championships in 2008, an adventure where she spent more time cheering for others than racing. For her, CycloCross is more about the experience and not taking yourself too seriously — it’s about the process and all of the other humans participating. Something we at Figma — the first collaborative design tool in the cloud — understand very well.