On the road: How two designers got rid of their hardware baggage 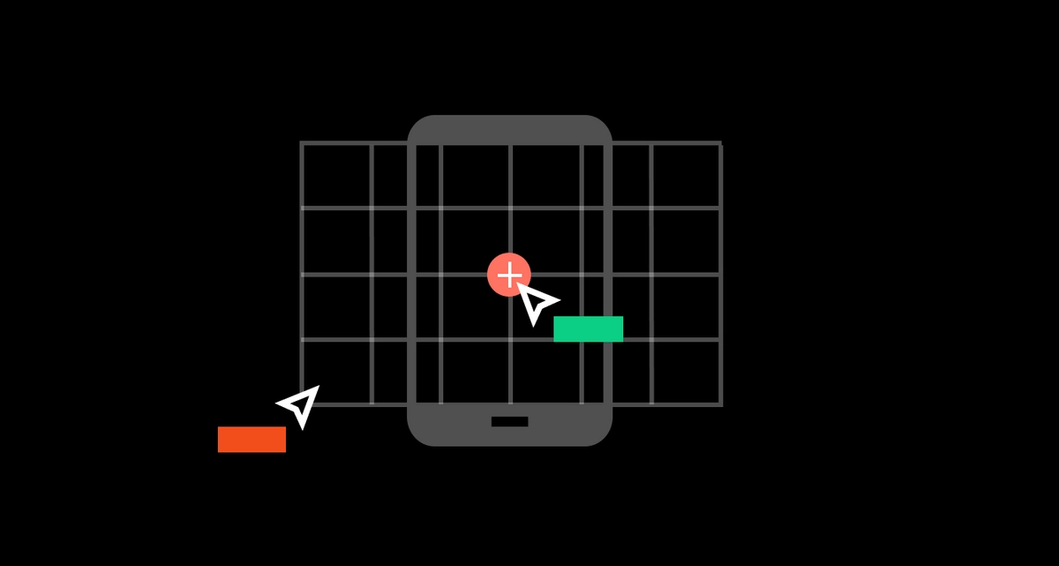 If you hate carrying stuff for remote user testing, we have good news. With a simple Samsung mobile set up, you can run user research in Figma, direct your team and even do design work…all without an expensive laptop.

Here’s how it works. Snag:

Then, wherever you are, broadcast your mobile Chrome browser on a monitor or television. You can navigate your Figma designs on your phone with your bluetooth keyboard and watch the frames change in real-time on the bigger screen.

Two Figma users, Josh Goodwin and Tyrale Bloomfield, pioneered this lightweight approach to UX after bonding over a mutual love of travel. “We have this constant pursuit to simplify everything: wallets, cars, chairs,” Tyrale said. “Our day-to-day UX process is one of those things.”

Josh lives mostly out of an RV and travels constantly in his work at a medical tech company. He used to have to lug bags of computers and tablets with him — each pre-loaded with Sketch or Adobe programs — so doctors could interact with designs in the context of the hardware they use.

But with Figma, Josh simply loads the design in his Chrome browser on his phone. He uses the DEX Dock or Chromecast to connect his phone to whatever free monitor the hospital has laying around. Then, he shares the prototyping URL with the doctors so they can see the designs on their own computers or tablets (they just open the prototype in their browser).

With a Samsung Tab 2 tablet, a Chrome browser and a bluetooth mouse you can edit Figma designs on mobile

As doctors give him feedback, he makes changes to the designs on the fly, watching the larger monitor to which he’s connected his phone. “It makes the dev team faster as well because they don’t have to wait for you to get home to design it,” Josh added.

In theory, this kind of setup isn’t just for user testing. It can also help designers on a budget. If you’re really strapped for cash — let’s say you’re coming right out of school, or you’re in an emerging country — you can buy one smartphone and a $100 TV, and design just as well as anyone with a $2000 MacBook.

“It lowers the entry point for designers,” Josh said. “As long as you’ve got access to a browser and the Internet you’ve got enough.”

On the other hand, Tyrale has found he can do his job as a creative director with a tablet alone — no monitor needed. He connects the bluetooth mouse to the Samsung Tab 2 and easily clicks around between Figma files. When his family takes trips to the beach, he ditches the mouse entirely and uses his fingers to leave comments by hand (while sitting in the sand). He likes that he doesn’t have to awkwardly balance a laptop on his lap or deal with glare in those moments.

“At that point you question, why do I have a laptop?” Tyrale explained. “You can use mobile to power the whole experience.”

Wondering if you could use other kinds of hardware besides Samsung? Josh and Tyrale said beware. They spent years testing different options — in some cases lurking at Best Buy, in others bumming tablets and phones off friends. Ultimately, Samsung offered the best option because of the way it handles display size. It changes the DPI when it broadcasts a phone onto a larger screen, so there’s more visual space in the projection, appropriate for the size of the display.

“These ones are as close to plug and play as you can get,” Tyrale said. “You can pull the device out of the box at the phone store and log into Figma and it’ll work.”

At that point you question: Why do I have a laptop?

The other key issue to consider in buying your mobile device is the way it interprets mouse clicks versus finger taps. For example, iPads interpret anything touching the screen as a finger. Android, depending on whether it’s Samsung, HTC, Nokia or Motorola, can sense the difference. If Figma thinks it’s receiving a finger touch all it will let you do is move objects around on the screen — not resize things, use the bounding box, or click and drag.

“We had to look for the right combination of hardware app and browser that could communicate mouse clicks to Figma,” Tyrale said. By the end of their hunt, they’d tested 30 browsers and countless phones.

“I can pick up anybody’s computer, anywhere in the country at any point in time, as long as you give me a browser with a cord and an input device, I can do my full job. That’s huge,” Tyrale said.